The Power of Thoughts

Home > Everything Is Energy > The Power of Thoughts

Our most important treasure, influencing us most, is our thoughts. Unfortunately the power of thoughts is often underestimated, and, before we know it, they shape our future, our body, the world around us.

What is the mechanism that makes something so volatile as a thought, be powerful in a material world?

The answer goes back to the idea that thoughts and matter are forms of energy. And considering that a situation is made of the feelings and the thoughts (that is, energy) of the humans involved, and some objects, the outcome of the situation depends on how these energies interact.

Because the more inner energy a person has, the more powerful are her thoughts. It’s like in radio: the stronger a station, the stronger its signal. (Btw., here is also a part of the answer about why is important to pray. Through prayer we connect ourselves to the immense Zero Point Field which has all the attributes of God. The stronger our faith, the stronger we are „glued” to that Field and hence the greater our energy.)

The Power of Thoughts, Chicks´ Version

In this article a first example of an experiment showing that the power of our thoughts does influence the world. 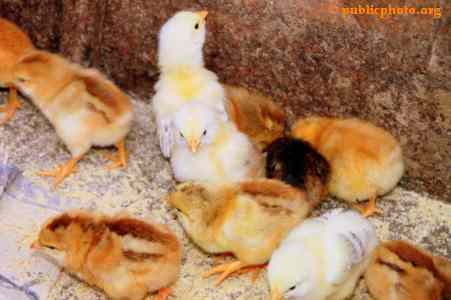 It is made by René Peoc’h, doctor in medicine, anthropology and biology. He took some barely hatched chicks who have never seen their mother and brings them onto an experiment surface. On that surface there is a robot – a device like a can on wheels. Between the wheels there is a kind of pen. The robot can move around according to an inner computer which calculates its direction – randomly. That means that every few moments the direction of its movement changes.

This random is important. If the robot is allowed long enough to move on that surface, ultimately it fills it uniformly with the chaotic traces left by its pen.

Now the chicks enter the scene. The nature of chick say that the first moving thing they see is their mother. Even if that first thing is a robot.

And then something strange happens. If the chick is separated of the robot, the very random function of the robot is altered! The chicks seem to call somehow their „mother” to them. And this "mother" does answer!! The surface is not anymore filled, but it shoes that the robot moved toward the chick. Here a video in French about this. On about min. 5:15 you may see how its trajectory looks like. (If you read the text above you won’t need to understand what they are saying.)

The thoughts of the chicks, their wish to be near their mother, did move that "mother" - an un-animated object - toward them!

And some people ask Why is so important to be the masters of our thoughts...