Articles in this category:

This is a sensible section because people tend to stick with either one or the other of Esoteric, Physics (or generally science) and Religion. They also tend, unfortunately, to look down to those belonging to "the others". That all of Esoteric, Physics or religion them might be different ways to look at the same reality, each of them from another point of view, is for many an unbearable thought.

The articles in this category intend to bridge the chasm.

What Does Esoteric, Physics and Religion
DO Have in Common?

It´s the same energy at work, seen with different eye glasses, in different frames: esoteric, Physics, and religion frames. The articles under this category here cover the connections between these three, laying the scientific foundation of this site.

The  articles about Spiritual Intelligence, Personal Development and the Laws of Life belong to other categories, but they will link to the rather "technical" articles here for underlining the scientific background of their statements. 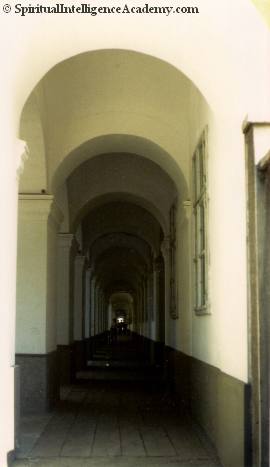 Now, I know this title, What Does Esoteric, Physics and Religion Do Have in Common?, may be too bold. I can imagine science and atheistic oriented people sharpening their swords feeling threatened by the touch of, God beware :) , religion or esoteric. I can imagine some New Age oriented people thinking "Religion=opium, science=narrowness". And I can hear any religious person, any priest who still dares to some extent to disobey rules and come to this page, making a cross and quickly hitting the "back" button.

There are so many proofs, how can you NOT believe?

There are so many proofs, how can you STILL believe?

I ask here scientists, logic-based people, atheists and people swearing the expression "Esoteric Physics" is a non-sense: Do YOU know what good old Uncle Heisenberg said once? “The first gulp from the glass of natural sciences will turn you into an atheist, but at the bottom of the glass God is waiting for you.”

I ask clergy people and all who have faith: Please, read further only if you could accept that there might be also some logic explanations for the idea that Esoteric, Physics and Religion might be different faces for pretty much the same thing.

I ask esoteric-interested people: Ever wanted to have science on your side while arguing with your unbelieving dear ones?

At various points of my life I was and / or still am, simultaneously or successively, all these. I think I have a good idea about how it feels being on each side. So, I´ll myself make a cross and ask God for help to properly bring across my point :) . Like it or not, Esoteric, Physics and Religion ARE inter-related. I will take my esoteric books on the left and the science ones on my right, I´ll try to recall my years of hard study of Physics, and there we go.

The first things to say are a true story about our path we have walked on. The story is itself a bridge between science & atheism, esoteric and religion. Many years before both I and my husband were hard-boiled atheists. I, the one, was even ashamed to kneel, to kiss a Saint´s icon, to make a cross, to pray. This path took us smoothly from atheists to active believers. I would be very much curious what would you have done if you were in our situations!

Articles in the "What Is Energy?" series: