Why Forgive at All, and How to Forgive?

Home > Life Is a School > Why Forgive at All, and How to Forgive?


This article deals with THE thought that changed my unforgiving mind, nay, soul.

There were some people in my life from whom I did expect highest sincerity. And also a mature way of looking at people and life. That is, beyond the waves, to feel the see below. Beyond the skin’s and words’ surface, to see the spirit.

I was deeply, deeply disappointed. They behaved in a way I and knowledgeable people around me could only stamp as hypocrisy and treachery. Months on end, every now and then I was finding myself asking "How could they?" "How was that possible?" "THEY?!?!" The effects of what felt like being left in the lurch stretched over more than that year.

Illustration for "Why Forgive at All"
...Why? Because anything existing in this world does have a shadow! We have to accept it - and see how we can make it work for getting something good from it! 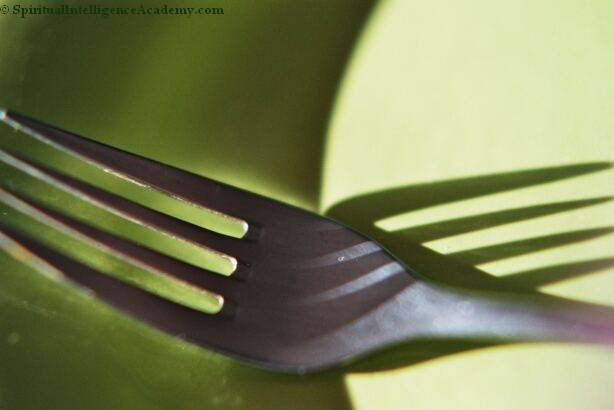 And my soul was heavy with that guilt. I knew I should forgive, if not for other more beautiful reasons, but because I knew these negative thoughts would make me ill. And also because of that „Forgive our sins as we forgive our sinners”: if I don’t forgive, how could I expect that my own mistakes would be forgiven when I’ll have my life judged? There was also a growing feeling I would not really be able to move forward in my life in that respect I felt abandoned.

Well, after some time that "why forgive them" faded and I could forgive them with the mind by saying "It’s OK. I shouldn’t have expectations from anybody.” But my soul wouldn’t obey and was still wondering "How could they?" I even prayed for that – in vain.

Until the days when some maintenance work in my documents became urgent and I stumbled upon a text I had received per mail some two years ago. Something in my mind stuck with that text. Some weeks after having re-found it, I kept on feeling like wanting to re-read it.

When I finally found the time to read it again, my burden fell like a ripe apple. Some old words I knew for so long were there, in their full brightness, engraving themselves in my soul:

When we are thinking about somebody, an energetic bridge between us and the person(s) we are thinking about is being instantly created. That’s why any bad thought is an energetic aggression toward that person and prejudices him. And, because of the boomerang law, whatever we send away will come once back to us. The person will respond with overt or hidden aggressivity back – even without knowing why.

... The image of a stones tumbling machine kept on coming in my mind´s eyes. Back in the communist Romania, each high school class had to work in an institution for about 2 weeks: harvesting grapes or whatever autumn had to offer, working in the glasshouses, in food processing factories...

Why forgiving is the way?

We all have our edges and rawness. We all become polished through the contacts with other „life colleagues”, during our whole life. If you want to be forgiven, forgive!

Once we worked in one producing all kind of machines and spare pieces. It´s there I saw this tumbling machine, used to debur and polish small steel pieces. The little stones inside it had beautiful rounded edges and beautiful shapes. However, they entered the machine raw and sharp. It’s inside the machine that each was polishing and was polished in contact with the others. The same with us people!

I have realized now how hard onto my „sinners” have I been. We all have in our life some lessons. They are usually ugly traits we should heal. Those flaws of us get all smoothed with sufference – ours and / or others’. Judging someone in their lessons, while they are still at learning it, is very unfair. We are not like them either because we have already learned those lessons, by sufferance (ours’ or someone else’s). Or because we only imagine we are not like them, but in some respect we are, too. We accuse them for being hypocritical while thinking we are not, but we are extremely polite. Politeness is also a form of hypocrisy. Socially accepted one, but still hypocrisy! (Ever said „You look gorgeous!” while thinking „... but it would have been better if...”? I did!)

It´s not even sure they would learn it the lesson right away. They will need to make the same mistake, over and over again, maybe also suffer their share because of some consequences. And, some time, they will maybe notice a pattern. And then, later on, after having vehemently denied being hypocritical, accepting in the depths of their soul the idea that, maybe, only in this situation, ...

We only can cure the flaws we accept we have. The others simply don´t exist. Not for us.

Their existence only becomes obvious by causing some sort of sufferance in ourselves or in those around us.

Why then judging somebody for the same stages we have also once lived through? This is their life lesson. We have ours. We were assisted in ours, causing pain, we should assist the other in theirs, accepting the pain which goes along with it. We hurt somebody, now it’s our turn to be hurt.

When I was so much more egoistical than now, and hence much more involved with what I am writing and doing, I used to postpone the house chores much more than now. My husband and my kids suffered because of that. Until I learned my lesson, called „family first, then my pleasures” (... Actually am still learning, but at least I have realized I should.)

We are like in a language school: Lukas Hans is learning French and Jean-Luc is learning German. How would it be that Hans looks down to Jean for not speaking German, which he masters perfectly?

... Coincidence or not, in a moment I was very upset with those persons, I recall hearing "Everybody hurts sometimes” in my car in those few seconds between changing the CD’s. And then, about half an hour later, again in the house of the person I was visiting!!

Judging your "life colleague” is like judging Mona Lisa while it was painted, and tell the painter "Here you should set more color. An this line is not finished".

Yes, you are allowed to say Mrs. X is hypocritical. NOT as a judgement, but as an analysis. The same way as you say "this cake is sweet" because it is sweet. As an analysis, not as a judgement! Without the emotionally incriminating undertone!

We are here to learn. We are all imperfect. That’s why we are here in the first place. If we were perfect, we were already spirits, in the world beyond.


The most important is to have the understanding that we are all here to learn to become once the perfect beings God / life / parents / Universe / ... wanted us to be. And be soft with the others. At the core, they are no different from us.