The flying things you see in picture below are actually invisible objects. They only became visible while taking the picture with flashlight. 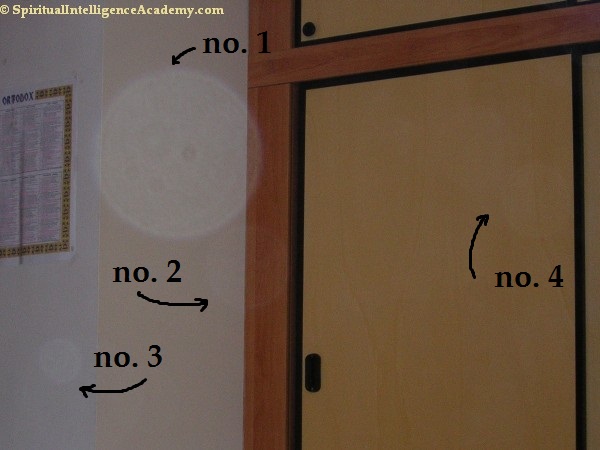 There is no source of light whatsoever in these two photos, above and below.

(In the photo below, the invisibly flying object no. 2 has a dark spot. It´s not in it, it´s a pencil on the floor. Its mouth is right in the middle.) 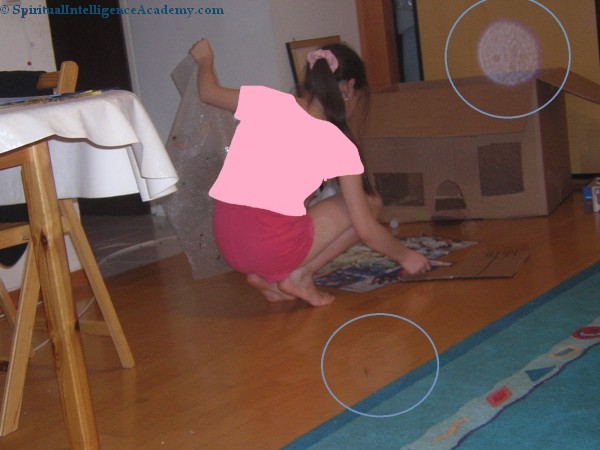 I have argued with my favorite cousin about them. He is a passionate photographer, and that’s how I have learned about bokeh. Bokeh is a Japanese word for the (sometimes) so beautifully blurred lights in the out-of focus part of the picture.

Below some beautiful example of a photo made up only of bokeh: part of a Christmas tree taken with the out of focus camera.
Please do note the shape - it has the heptagonal shape of the objective´s aperture (f45) 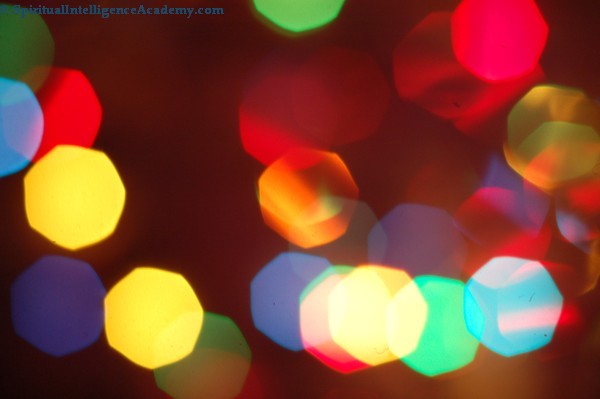 The lens flare is well known. It’s the usually annoying light spots which appears when sun or another light source looks directly (or almost) into the objective. 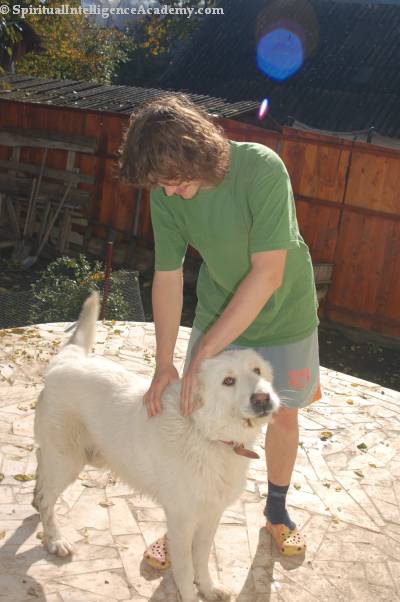 These objects you´ve seen however in the first two photos were neither lens flare nor bokeh. They have appeared in some photos of us, but only in those made with flash. If in the same scenes we made photos without flash too, they simply didn’t appear.

And below the lens flare "taken" with a different camera then all the other photos on this page here. The camera obviously has a circular aperture. The light sources are obvious. 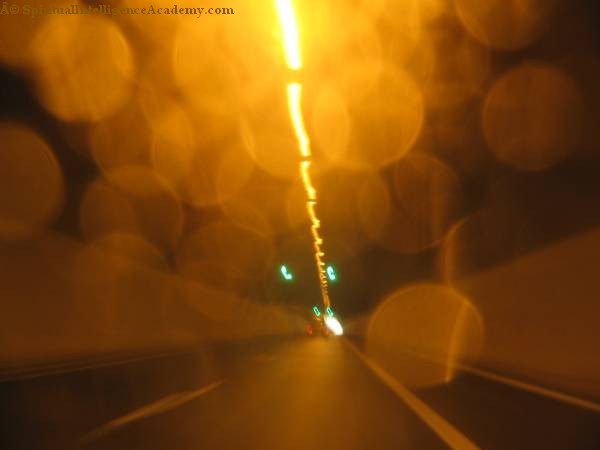 Why These Flying Invisible Objects Are NO Bokeh or Lens Flare

The shape of these flying invisible objects is really circular. Bokeh and lens flare have the same shape as the camera’s aperture, e.g. hexagonal. (S. the article Why is the bokeh shaped like the aperture, By a nice coincidence it was posted the day before me writing this article!

No light sources in the photos below 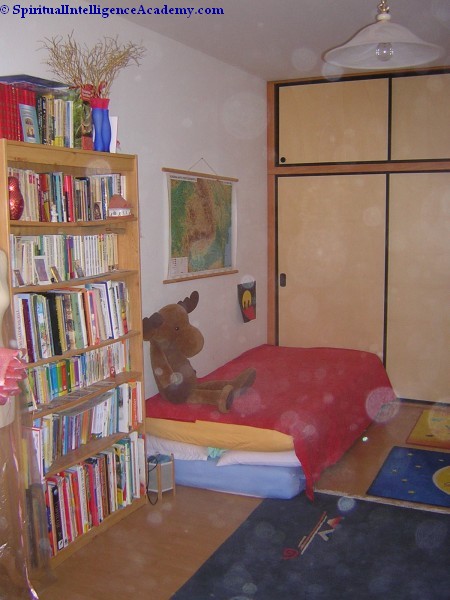 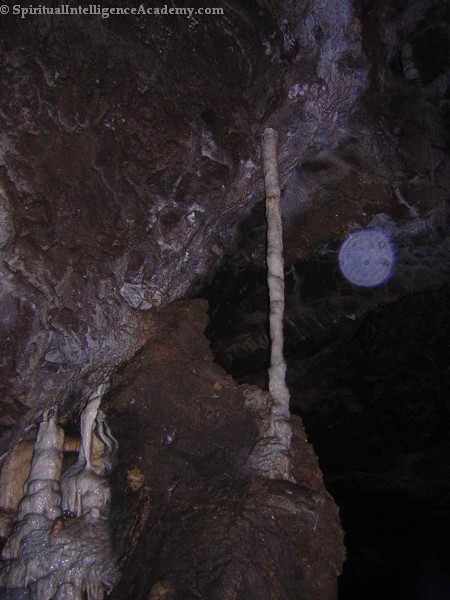 ... A final argument: I had two objectives for my Nikon F50 (F for film). I kept them when I changed the camera for my current digital Nikon D50. One objective is a wide angle (w. a hexagonal / 6 sides aperture), the other one is the common, normal f45 one (heptagonal / 7 sides aperture).

In this situation, can you explain me why some bokeh and lens flares are sometimes heptagonal respectively hexagonal, and do appear on the light’s path toward the objective (as the photo manual tell them to), why they have no structure but look a pretty much like a solid body – and others have a structure (always the same) and a „mouth” (or several), and appear anywhere in the photo? If they are made with the same objectives, which the are, they should behave the same way!

Because yes, except for the yellowish photo made in the tunnel, all photos on this page are made with the two mentioned normal and wide angle objectives attached on Nikon F or D50.

It seems that those flying invisible things only become visible because of the flashlight being reflected on them.

There Is More than Meets the Eye around Us...

We had the evidence for this (or something similar) some 15 years before, when or son, by then 4 or 5, was waking in the night, half awake, and was following with his eyes something moving in the air that we could not see. Read the full story here.