Metaphor Stories about the 6th Sense:
They Are Crazy, These Dolphins!

The sea’s inhabitants became for some time very much curious how does the world beyond the water surface looked like. Was it deserted, or was there something in it at all? Was there only the light some fishes said it’s coming truly from up there? Or... even some kind of beings or so?!

What a question, the fish scholars and experts said. How could it be there any living being in that unwelcoming world. Anybody knows that without water there is no life. Fishes cannot return alive from there. Outside water there is only death. 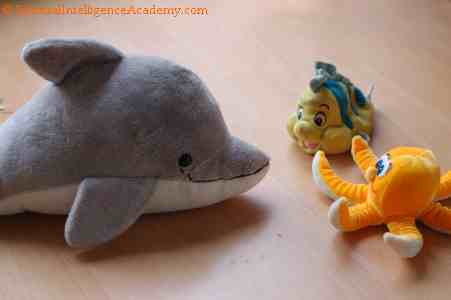 ... Maybe not only death, some were by now murmuring. There are some fishes, the flying fishes, being able to jump out there, and then do come back. They tell stories we cannot trust because it’s only them telling such things. Or maybe, since they all say similar stories, we should? Oh, and the dolphins! The dolphins and the wales seem not to be able to live without it. They are like us but not quite. They seem to really need to go up there at the border!

"Actually... much too often”, scholars said. "It’s something wrong with them. They are kind of... obsessed by that world.”

The experts and scholars of fishes finally gave in and talked to the dolphins. 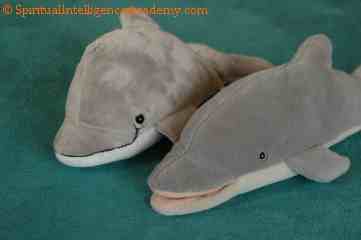 The real problem proved to be about moving around in that outer world. But then an older dolphin said something about some tortoises he knew and could help carrying the adventurers in and out of water. "Tortoises? They are said to be beings from the world beyond! Have you ever seen a real tortoise?!?!"

"Yes. One of them is my best friend. We can talk and swim together for hours on end."

The scholars swallowed their disbelief and kept their mouth shut.

When the dolphins did come back they had a lot of stories to tell. About some sort of high corals, with hard thick brown stems and many many little extremes, soft and green. About many many colors, much more than here. And much brighter. About a... kind of sea currents but made of... air, blowing around, and somehow lighter in touch. Everything was lighter in touch, actually, and somehow... swifter. All movements were swifter. And the world beyond was really sunk in that nothing-ness the dolphins and wales took in while breathing.

"No, there is water around us.”

"Yes, water and nothing is the same! Ordinary fishes believe it´s nothing, but we scholars know it´s water!”

"No, the real nothing, is out there. They call it air, and the nothing around us now is actually water, and it is something. They have water also outside, but only like the sea currents, without the sea. And with a different taste, not our real water. They have even drops of water!”

"DROPS of WATER"? "Yes, drops. When you say Gods work to extend our world and hear them working, we hae always told you it´s actually just drops of water on the sea´s surface. They fall down from very high above. You have never believed us... There is also steam out there, they call it so. Steam or also vapors are a somehow more subtle version of our world. Still water, but subtle." 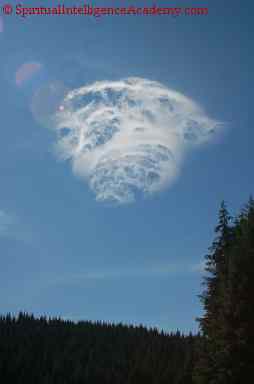 The dolphins spoke then also about err... crouds, as the beings outside call them. Objects with beautifully changing shapes floating very above there, like the things some fishes say to have seen floating at the surface of the water. But those crouds cannot be touched.

They actually look like crowds of many little fishes, but are made out of something unknown which reminds of that steam. Still, steam has no color, but crouds are usually white or grey. The grey ones have obviously drops of water in them, because they sometimes release them. They are all continuous, and somehow.. inflated... I mean... errr... yes, inflated. And the water falling from the big grey ones makes everything wet. But after that it´s dry again everything.

"No... Well. When you stay longer outside, the water is slowly vanishing and..."

"No! Dry is dry and death is death. It’s something totally different. Heat helps everything dry. From a fire, for example. We have even seen one!" 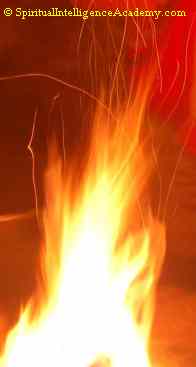 "We are not. Fire DOES exist, we did see one by ourselves! Exactly as your legends say, red and yellow and playful and hot and cannot be touched. Try to understand, the AIR is different!, entirely something different than water! Fire is red hot air playing and moving like rooted algae, and it has an interesting smell!"

"It’s a fifth sense. All beings outside have it."

"A, really? Everybody, you say?” That beat it all. The experts and scholars were by now scornful. "And how does this smell you talk about feel like, if you don’t mind?” 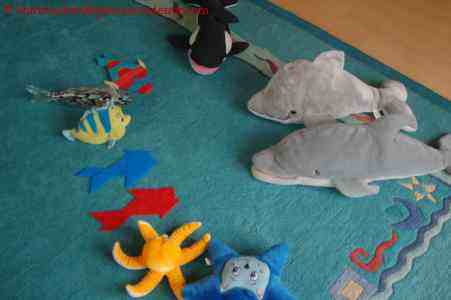 They are crazy, these dolphins, decided the scholars and the experts. Any little fish knows there is only seeing, hearing, touching and tasting. A fifth sense? That’s nonsense. A non-sense!

The ordinary fishes were however fascinated and tended to believe, more or less, the dolphins - except for the ratfishes who, used to live on the bottom of the sea, barely knew there was even light.

So then, magister dixit, the teacher has said it. The scholars and the experts decided that, even if the dolphins’ tales sound somewhat consistent, it is only proof of a misused intelligence. Because their experience is not objective and reproducible for anybody, it is not scientifically proven. Hence the Airy Kingdom does not exist. 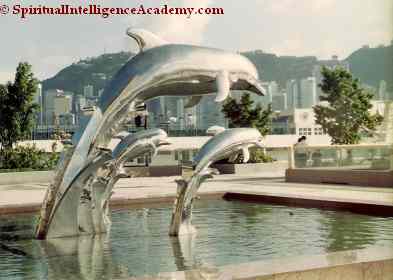