HOW Is the Hole in Our Soul Left by Sufferance to Be Filled?

Any Life Lesson implies some kind of loss. And any sufferance leaves a hole in our soul. This article speaks about how, by deliberately looking for, and understanding the benefits of a specific failure, one can learn a valuable lesson about (here) forgiveness, then assume a sufferance, and cope with it easier.

My way to cope with loss is the Life is a School Approach of this site: I give everything I perceive as „bad” a high value, because of teaching me how to become stronger and wiser.

And this makes me still gain something from any loss. We lose our high status, or a dear person, or our home, but at least we gain knowledge. Wisdom. Strength. We see that Life goes further also without them. We are able to survive that loss, to ACCEPT it, and grow further.

And, after the bottom line: How do we fill that hole in the soul, the hole left by that loss? 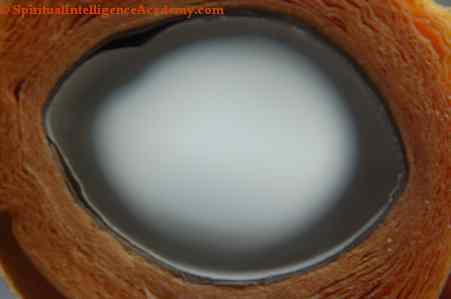 We usually cannot change the fact that we did lose something. What we can change is the way we look at that loss.


How Does This Assuming of Sufferance Work?

The article about How can we lose weight without the yo-yo effect was written after I had learned a life lesson of my own. Bitterly, as any life lesson is. But it was an effort well worth: results started next day. And they remained!

I can say it with both hands on my heart: my problem with a stubborn weight gain was that I was very angry with some people. I felt let down by them. On a human level my husband and people around me said I was right. However, on the level of us humans having to learn good (but difficult to achieve) things like forgiveness and real love and patience and so on, I knew I should forgive them.

But I simply couldn´t. I  thought about their behavior as being unfair and kept on asking my self How could they...? I simply could not accept they did behave like this. AND, that it´s me the one having to suffer all the consequences of being let down in my most important life´s dream. That this happen to me.

After some time I have realized my weight gain was based on my anger toward them. (If you read the article mentioned above, or, more directly, the book "Molecules of Emotions" by late Dr. Candace Pert, you´ll understand a bit more of the mechanism linking anger with fat.)

Accordingly I had to choose: do I prefer to be right on that human level – and carry around those kilos? Or to forgive them and get rid of my extra weight? 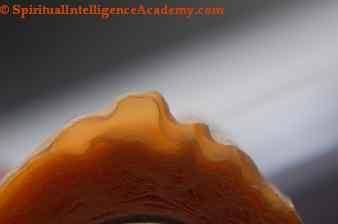 Benefits of This Particular Failure

It was very hard to forgive them. I still believe, even now, their behavior as unfair. But I could forgive it when I have realized that I should be rather grateful to them, because:

... And now it was much easier for me to accept all the sufferance. To accept and assume it. After all, it brought me so many goodies...!

What did your loss teach you? Or what do you think Life tries to teach you through them, in order to become a person closer to the ideal persons we should all be?

Can you accept that this loss was the price you pay for some extra strengths in you? That the energy of our devastated emotions is not lost, but, because of the Conservation Law, it is converted to the energy of those new strengths of yours?

Take the time and write all of your new strengths gained by your sufferance. IT IS WORTH every second you put into it!

Can you see life wanting you to reach these strengths, and making it through this loss?

Life Lessons Are Tailored for Each of Us

Theoretically we are very good in correctly behaving. Theoretically we know what we should do in many of life´s situations - usually when it´s about the life of somebody else. When it´s us the subject, we are not anymore that good. That´s why (Amero-)Indians say "You may judge somebody else only after having walked two weeks in his moccasins".

Theoretically we are very good also in forgiving. You should hear me telling my mother how she should forget and forgive some people mishandling her...! I myself have no problems accepting and forgiving such people mishandling me that way. But MY life lesson in Forgiveness was different. Life gave me, through those people letting me down, something to forgive about an issue I DID care about: the fulfilling of some dreams of mine!

We cannot learn REAL forgiveness without a REAL situation and a REAL person to forgive!

I could now see the people who had let me down as the means of Life to teach me the lessons in my list above. By now I had accepted the sufferance and I was not anymore seeing it as that bad. It had became merely a price I had to pay. The same like money (money is energy too!), it was a form of energy leaving me for obtaining something valuable for it.

Hence I could, at last!, take the decision not to punish them anymore each time I met them by being distant and cold.

I can’t describe you the ease I felt after that. It´s only after dropping the stones put as a farce in our luggage that we realize how heavy they were.

The good results started to appear already the next day. The recent pains in my stomach ceased. No more need to go to the doctor. I suppose I have thus barely missed an ulcer... :)

And I felt almost no more urge to eat, and kept on feeling that way. No more thoughts like I deserve something sweet because of the bitterness of my experience. I became master of my body in what the chocolate concerns. No more self-pity for myself having been let down. I could by now bear the feeling of a totally empty stomach. I could control me easier and not to go in the kitchen anymore solely to get some food as a welcome intermezzo in my work, in spite of my full stomach. And I didn´t feel heavy anymore.

Because my silent reproaches toward them made me have a heavy soul.


If we accept the pain, first, its rejected energy doesn´t seek shelter in the organs of our body, making us ill. And secondly, there is no more subconscious need to compensate the loss. (It is one of at least three possibilities to gain control over our weight.)

Our way of looking at things makes them a loss or a failure. One way to accept the pain is to see the sufferance as the price for something good you got through it - e.g. in terms of wisdom, strength, knowledge.

Of course, it does take time to replace old habits with new ones. But if you stumble, simply stand up, and go further. The aim is learning as many life lessons as we can!